"Justice is the foundation of social peace!" - Prison Chaplains testified at the International Conference in Kyiv 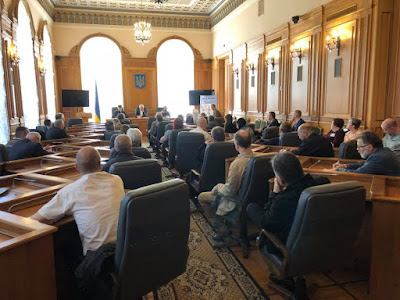 On April 24-27, 2018, the International Conference of the Prison Chaplains Association IPCA-Europe "Faith in Justice: from sentence to community" has been held in Kyiv with participation of more than 50 delegates from 16 countries of the world. The participants analyzed the issue of administration of justice and criminal penalties as well as the role of social institutions in achieving a lasting and just social peace and integration of former prisoners. They approved a joint Declaration in which they expressed solidarity support to Ukraine in its contest for justice and peace.

The Pastoral Council on Religious Care in the Penitentiary System of Ukraine became the co-organizer of the Conference.  Chief of the Pastoral Council in Ministry of Justice Fr. Constantin Panteley and chairman of the Synodal Department of the Ukrainian Orthodox Church for Pastoral Care in the penitentiary system, the member of the organizing committee Archpriest Viktor Yatsenko prepared this event for two years in collaboration with the Steering Committee of IPCA-Europe. "Chaplains are called to serve in such a way that the time could not lose its social and personal significance for prisoners," - said the Chairman of the Pastoral Council during the plenary session Konstantin: "We are challenged to make prison walls transparent to society so that all can see if ultimate justice is attainable, which is the purpose of justice, or whether it is possible to grasp peace by excluding part of people in the atmosphere of total alienation."

At the first sessions, on April 24 - 25, held under the guidance of Rev. Michael Philippi, Chair of IPCA-Europe, the Conference reviewed the trends in the world changes and the implications of the adoption of Mandela Rules. Consequently, the focus was made on theological and secular approaches to the problem of justice. From the theological perspective spoke Dr. Oleg Kindy, Ukrainian Catholic University, with the report "Restoring human dignity through the healing of the image of God" and Metropolitan Augustine (Markevich), Ukrainian Orthodox Church, "Relations with God in terms of the Gospel and jurisprudence"; mgr Tim Dicon, UK, "Biblical Sources for Mercy and Salvation."

The secular scientific opinion was represented by lawyers: Dr. Mykhaylo Kostytskyy in his lecture "Jurisdiction as a means and purpose of the re-socialization of prisoners"; Dr. Oleksandr Kostenko in "Reflection on the challenges of Chaplains in Prison Pastoral Care" and other scholars. Also, teachers and penologists: Dr. Victor Sinyov "Penitentiary Idea and Reintegration of the Convicts"; Dr. Viktor Krivosha "Joint work of convicts and cadets of the penitentiary institute". 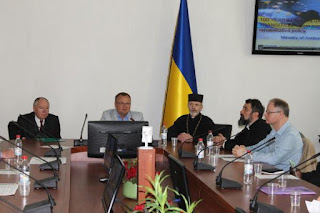 Between the plenary sessions, delegates of the conference visited national holy places of St. Sophia of Kyiv and the Holy Assumption Cave Monastery, where they prayed together. On April 26, the Conference was held in the Supreme Counsel of Ukraine premises, where the participants discussed behavior of pastors in difficult circumstances, when they are exposed to moral dilemmas in their ministry, regarding the limits of cooperation and independence, the ethics of the chaplaincy ministry. The delegates of the Conference visited the State Institution "Kyiv Investigative Isolator" in order to familiarize themselves with the terms of stay of prisoners and with organization of pastoral care. Thus, in the hall of the Colleges of the Administration of the State Criminal-Executive Service of Ukraine, the clergy, together with specialists from the Center for Probation and officers of the social-educational and psychological service, discussed the peculiarities of the current formation of the criminal-executive system. The Conference was greeted by the deputy head of the Administration of SCES, Oleg Torkunov, thanking the prison chaplains for their pastoral work in places of deprivation of liberty. 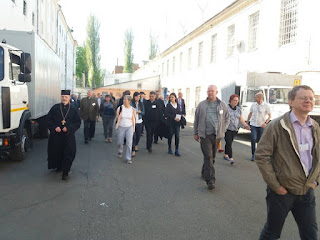 On April 27, delegates of the conference adopted a Joint Declaration stating:

"The Ukraine is the biggest country within Europe, with a rich history. It is a key region between East and West and as a result has suffered more than many other are as in the past centuries. Empires have tried to dominate Ukraine, a country still is in conflict as we meet here in 2018. However, the Ukraine also unifies western and eastern traditions in its people, its culture, and its religions, with an ongoing history of inter-religious welcome. Since independence in 1991 the people have continued to struggle as they develop their deep-rooted sense of self."

"We have had the unique opportunity get to know more about the Ukrainian prison reality through presentations from representatives of the justice system, both academic and practice focused."

"We pray that the tense political situation in many countries of Eastern Europe does not lead to an increase in exclusive, identity-based ideologies."

"Our national justice systems need to ensure people leaving prison can find integration and welcome in the community. To see Shalom established, victims, offenders, children, the strangers, the most vulnerable and even those whom we consider our enemies deserve a justice that brings about renewed opportunities for life through the healing of the damaged imago Dei in mankind. Justice cannot be frozen in time, but is a movement, a searching for... For Justice!"

wow, great, I was wondering how to cure acne naturally. and found your site by google, learned a lot, now i’m a bit clear. I’ve bookmark your site and also add rss. keep us updated.
ukraine dedicated team